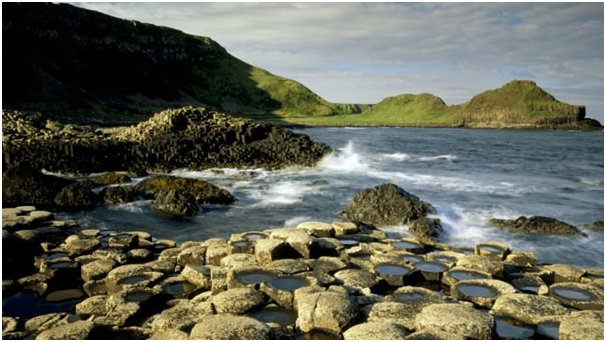 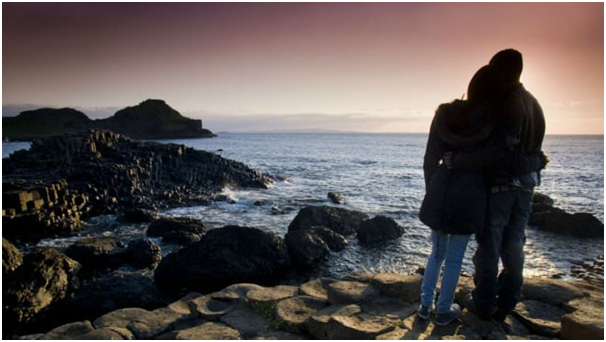 The Giant's Causeway, renowned for its polygonal columns of layered basalt, is the only UNESCO World Heritage Site in Northern Ireland and in 2015 was awarded the UKs Best Heritage Attraction at the British Travel Awards.


Resulting from a volcanic eruption 60 million years ago, this is the focal point of a designated Area of Outstanding Natural Beauty and has attracted visitors for centuries. It harbours a wealth of local and natural history.

Sea birds can be seen off the coast around the Causeway, with species such as fulmar, petrel and razorbill being frequently observed alongside rare and unusual plant species on the cliffs and nearby rock formations.

The Giant’s Causeway is also steeped in myth and legend. Some say it was carved from the coast by the mighty giant, Finn McCool who left behind an ancient home full of folklore. Look out for clues of his existence – including The Giant’s Boot and Wishing Chair.

Rising and blending into the landscape, with walls of glass, basalt columns and a state of the art interior designed by award winning architects Heneghan-Peng, The Giant’s Causeway Visitor Centre is truly innovative. The grass roof offers 360 degree views of the Causeway coastline. Explore the interactive spaces, watch Finn McCool on the big screen and unlock the secrets of this inspirational landscape.

There are four stunning trails at the Giant’s Causeway suited to every ability, from a pram friendly jaunt to a challenging coastal hike and in addition, a new accessible cliff top walk for families and people with disabilities. The area is suitable for picnics, cliff and country walks, and dogs are welcome on leads (guide dogs only within the Visitor Centre).

GAME OF THRONES: THE TOURING EXHIBITION Opens in Belfast with Exclusive Additions